I was given a very warm welcome by staff and children at Thorn Grove Primary School in Bishop’s Stortford last Monday when I joined them for their Bookmaking Week.

Y1 and Y6 were each given a brief set of instructions and a collapsible cardboard structure before being sent away to work as teams on the project. The results were very impressive. Y1 managed to include a narrative in their giant pop-up which was inspired by a book they were studying in class (Rosie’s Hat by Julia Donaldson and Anna Currey). They showed the girl’s hat being blown up over the roofs, into the clouds and down again onto a truck carrying logs – brilliant!

Y6 did equally well and produced a fantastic Martian scene, showing the surface of the planet on the one side and outer space on the other.

While all this was going on the other year-groups were hard at work producing their very own pop-up books. 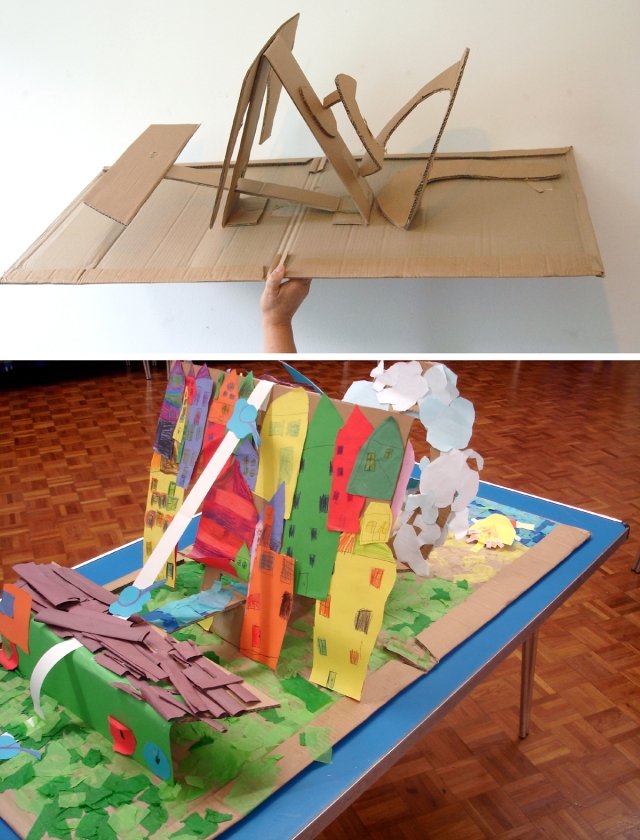 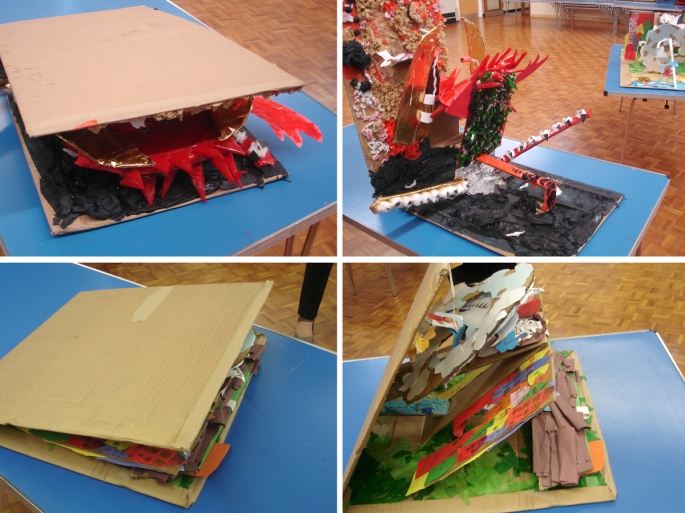