My publisher tells me that Pirate Treasure Hunt has been picked up by Oxfam, so drop by the nearest branch and get your copy – unless you live in the Outer Hebrides, in which case go here. 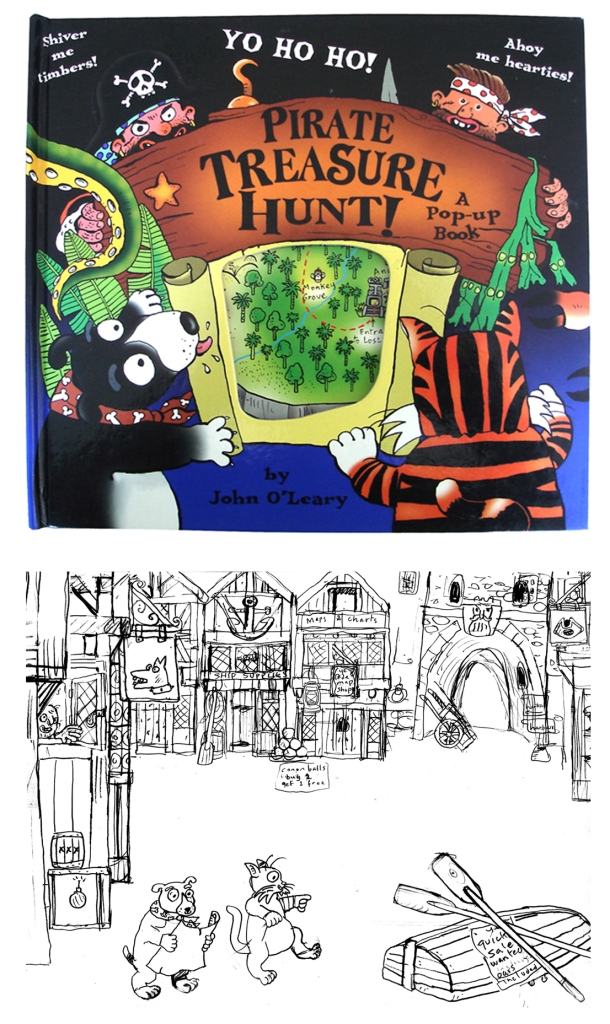 When I first came up with the idea for this project, I wanted to include a fold-out treasure map which could be used alongside the book. I liked the idea that the kids would relate the symbols on the map with the ‘real life’ images in the pictures, and that they could trace their journey as they hunted for the treasure. I did a similar thing recently in Detective Paws when I created a fold-out notebook for the dog detective. I also designed a plastic ‘gold’ coin for the treasure chest at the end, thus, hopefully, increasing the pay-off. Unfortunately, when I tried to spend it in Tesco, they were having none of it.

Pirate Treasure Hunt also marks the point at which I was let loose on the paper engineering side of things. I went a bit mad on glue points and card usage with the result that the book came in completely

over-spec’ed, much to the dismay of the publisher. However, the book has more than earned its keep, being one of the more successful that I’ve done for Tango Books and it’s still one of my favourites. It’s even been published in Japan – how cool is that?   JOHN 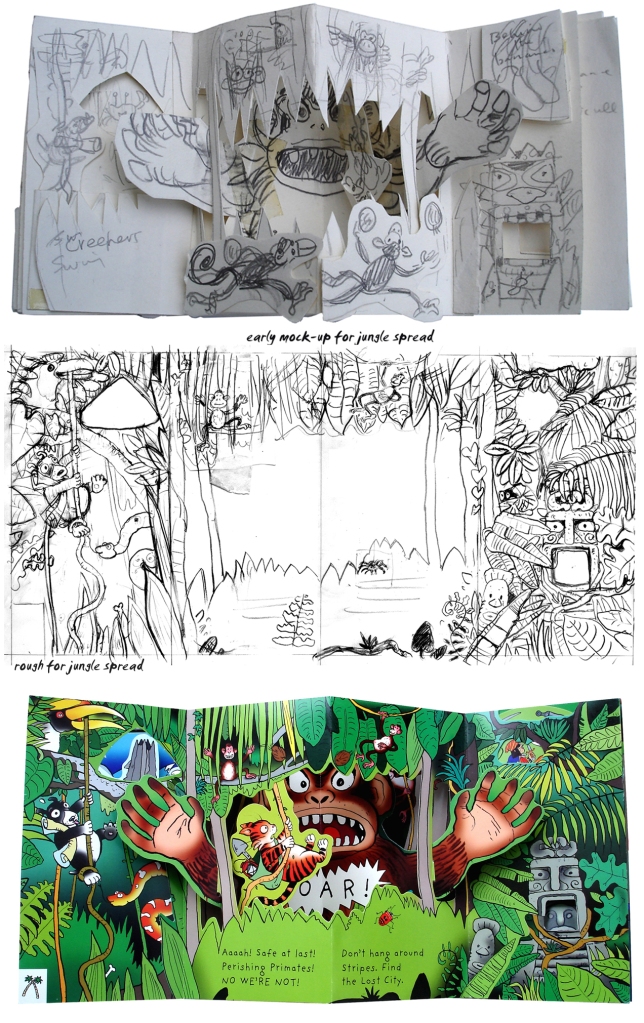 One thought on “Pirate Treasure”