My recent three-day residency at the new St Albans Museum was part of the ‘And So She Did’ programme and looked at three women with some connection to St Albans – Constance Lytton, Sarah Churchill and Boudicca.

The brief was to work with visiting families and adults to produce large-scale pop-up constructions featuring the three women. I aimed to give the feel of a picture frame combined with stage set and to create a narrative for each of the women using elements from their lives along with the use of text.  Preparation was key but also important was an understanding that the participants would ultimately determine the direction and look of the final pieces. Week two of the project had further workshops with textile artist Flea Cooke creating banners about Margaret Wix, Syeda Momotaz Rahim and Muriel Green. 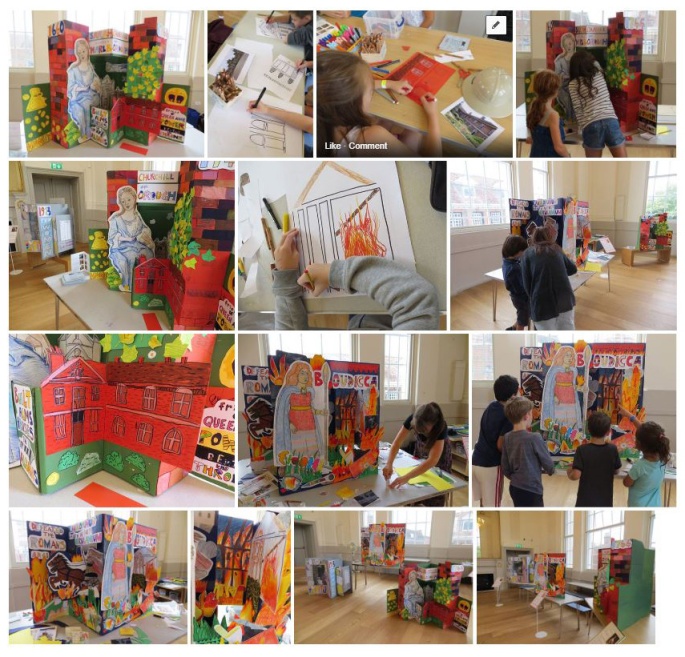 I’ll be back in St Albans as artist in residence at the new museum St Albans Museums from 21 – 23 august. More giant pop-up cardboard frameworks which will be used to create three collaborative works with families exploring the lives of local women through the ages – the fierce and revolutionary queen Boudicca, noblewoman and shrewd business woman, Sarah Churchill, and local Suffragette, Constance Lytton. 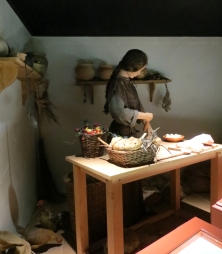 I’ll be running two half-term workshops at the Verulamium Museum (The Museum of Everyday Life in Roman Britain) in St. Albans next month. Verulamium was the third largest city of Roman Britain and the museum stands on the site of the Roman town.

Both workshops are based around the theme of the Roman kitchen, allowing  plenty of scope for food, implements, vessels, tools, pets and other rooms in the background. Workshop 1 will consist of making simple individual pop-up frameworks and adding the various elements to build up a 3D picture.

Workshop 2 (free) is a drop-in session where you get to help co-create a giant work of three dimensional art! The children will create and add the elements to a large pre-prepared, collapsible, cardboard framework, using the museum’s exhibits for inspiration. The finished piece will be displayed at the museum for a short period of time.

Further information about the workshops and the museum: 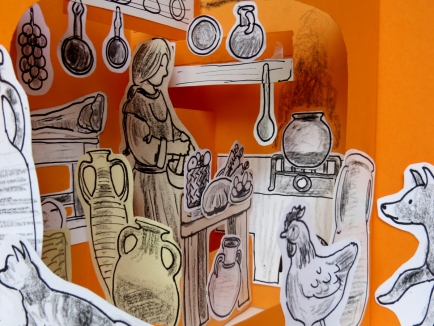 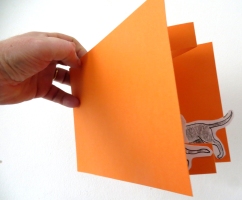 Below are some examples of the great work produced by the kids at my workshop at the Verulamium Museum, St Albans yesterday.

The workshop was linked to a bigger project, All In It Together, run St Albans Arts Team, with the aim of exploring ideas of propaganda versus reality with particular reference to World War 1 – a lot of the posters were produced at the time by St Albans based printers Dangerfields at the time.

The children created swing cards with pop-up elements which showed transformation from slogan-based designs to depictions of destroyed landscapes inspired by the work of Paul Nash. Some wanted to depict other wars – WW2, the Blitz, evacuation – creating narratives around stories they heard from grandparents, parents or school. 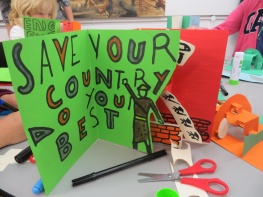 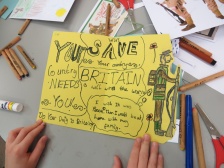